Renewal of the prospectus of the first Polish portfolio investment fund

The Polish Financial Supervision Authority on October 24th this year approved the issue prospectus while by virtue of a resolution of October 28th this year, the Warsaw Stock Exchange introduced series B certificates issued by BETA ETF WIG20TR Portfelowy FIZ to trading on the main stock market.

This is the first of the Polish ETFs admitted to stock trading, whose prospectus, after almost a year on the market, had to be renewed based on new prospectus regulations. In the process of creating Polish closed-end portfolio investment funds, including the process of obtaining KNF authorization, preparing prospectuses and their approval, SPCG acts as a legal advisor.

BETA ETF investment funds are created by AgioFunds TFI in cooperation with the Brokerage House of Bank Ochrony Środowiska acting as the offering entity. 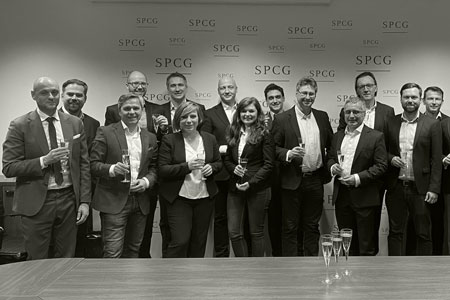