On March 6, 2020, the District Court in Gdańsk in proceedings brought in 2015 by Talia Sp. z o.o. („Talia”, a subsidiary of Polenergia S.A.) against the company Polska Energia – Pierwsza Kompania Handlowa sp.z o.o. (“PKH”, a subsidiary of Tauron Polska Energia S.A.) allowed the claim of Talia. In a partial and preliminary ruling, the court determined that PKH’s statements on breaking long-term agreements for the sale of property rights and energy generated in the Renewable Energy Source – Wind Farm in Modlikowice („Agreements”) are ineffective and do have no legal effect in the form of termination of both Agreements. The court also found justified, as a rule, compensation claims of Talia towards PKH for non-performance of the Property Rights Agreement by PKH. The verdict is not final.

This is another ruling, favorable to the clients represented by SPCG, substantively deciding the judgment, which was issued in proceedings regarding the termination by PKH of long-term agreements for the sale of property rights and energy generated in renewable energy sources. 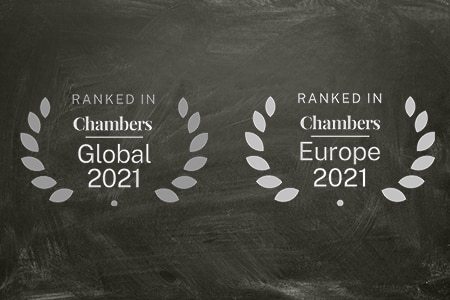 SPCG distinguished in the latest Chambers Global and Europe rankings